iPhone XS vs X: Is There a Difference When Buying Used? 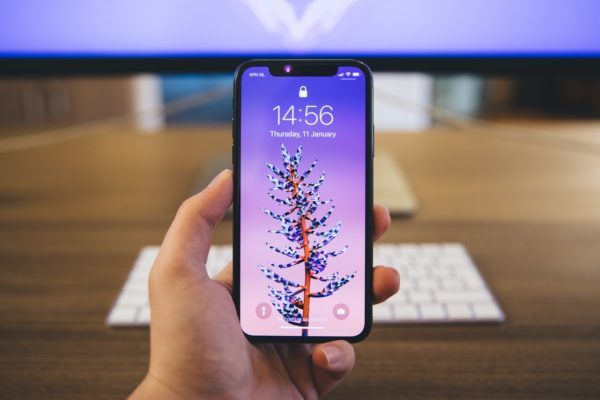 If Apple had been as consistent with how it has named its new iPhone models as it has been with its release dates, we’d all be looking forward to the iPhone 12 hitting the shelves at some point in autumn 2019

But while the Californian tech giant has rigorously stuck to its model-a-year release policy ever since the first iPhone was launched in 2007, it has enjoyed throwing a few curve balls when it comes to branding its handsets. And none more so than in 2017 when, as well as the iPhone 8, we also got the iPhone X. We all presumed the ‘X’ was the Roman numeral for ‘10’, a nod to the 10th anniversary of the original iPhone. But if that was the case, what ever happened to iPhone 9?

Fast forward another 12 months to September 2018, and instead of getting an iPhone XI, iPhone 11, or even a retrospective iPhone 9, we got the iPhone XS. And that is where we are now, with the 64GB version of the current model XS retailing for a cool £999 new.

The fact that the latest iPhone now sets customers back the best part of a grand should raise a few eyebrows. That’s double what the first iPhone cost back in 2007, 100% inflation over 12 years. Yes, the iPhone XS is considerably bigger, faster and more powerful than its original predecessor, with features no one had yet even dreamed of in 2007. But it still begs the question – are we getting value for money on new iPhone releases?

Let’s take the iPhone X as a point of comparison. Released just 12 months before the XS, every iPhone X handset in existence is still less than two years old. Pre-owned, refurbished models are readily available to buy, presumably as a result of people trading them in for the XS (or deciding to abandon Apple for a competitor model).

A quick online search tells you that the average retail price for second-hand iPhone X 64GB is around £500. Dig around and you can find them for £400 or less. That’s a massive saving compared to a new iPhone XS, for a phone you know is less than two years old.

Of course, even a 60% saving does not represent great value if the used handset is in poor condition, or if the XS just happens to be a far superior model of smartphone. On the first point, you don’t need to take risks with the condition of second-hand phones these days. Used phone retail is a mature, professional market, retailers source devices based on quality from professional suppliers like Phoenix Cellular. And we base our reputation on rigorously testing, assessing, grading and refurbishing the used handsets we source. The grading of a pre-owned device will tell you exactly what kind of condition it is in. If it is sold as reconditioned, you should be receiving it in an as-new state.

On the question of whether the iPhone XS is a significantly better phone than the X, well there are those who will argue it is, and those who will argue it is not. What is certain is that both handsets are purposefully positioned to be part of the same brand family, both in name and near-identical appearance. There are ways in which the XS is a clear upgrade on its older relative. A year is a long time in chip technology, and the XS’s A12 Bionic chip is faster and more powerful than the A11 Bionic in the X. The XS also offers more storage, with minor improvements to battery life (30 minutes) and the camera (arguably only noticeable if you are seriously into your digital photography).

Ultimately, value lies in the eye of the person putting their hand into their pocket. If all of the above is enough for someone to pay more than double for a new XS compared to a used iPhone X, then that’s their prerogative.

Of course, you can also find XS handsets second-hand, although their numbers are not as great. At present, you are looking at around £650 for an iPhone XS 64GB. That £150 extra compared to the X may well seem like decent value for a smartphone that is 12 months younger and does offer some performance improvements.

Phoenix Cellular have a regular supply of used iPhone X and iPhone XS, as well as the Max.  These high demand models can be shipped anywhere in Europe overnight and are available in all grades and both the standard and marginal VAT scheme.