What is the Best Country to Buy a Used or Refurbished Phone? 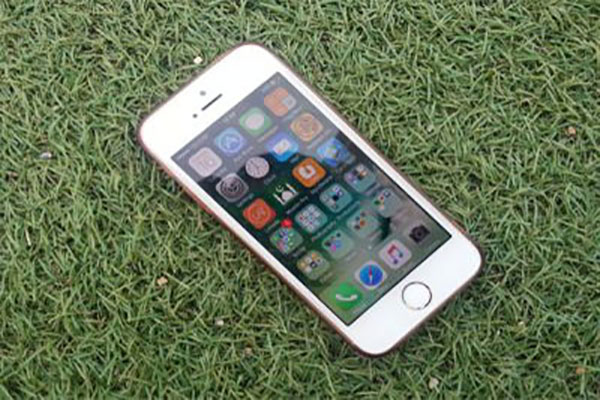 The global market for used and refurbished phones is soaring.  In 2018, the value of refurbished phone sales worldwide leapt by an astonishing 10% in a single quarter.  As sales of new devices plateau, demand for used handsets only seems to be going up and up.

This is a genuinely global phenomenon.  According to the Counterpoint research that revealed the 10% quarterly leap in the refurb market, growth in sales of used mobile phones outstripped new device growth in three out of five regional markets – India, the US and Latin America. In the other two, Africa and South East Asia, the refurb market was still showing positive growth.

Out of these global comparisons, a question emerges – is there a best place in the world to buy a used and refurbished mobile phone?

Answering this question requires consideration of many factors.  We can’t just look at where sales trends are strongest and assume that must be the choice location to buy a second-hand mobile. We also have to take into consideration things like price, the typical condition of pre-owned handsets, the models available and so on.

When we do this, a complex picture emerges. It is no surprise that China sees more used phones traded than any other country – the world’s most populous country is also a voracious tech market, with 103 million new smartphones sold in the final quarter of 2018 alone. That’s a lot of second hand devices available, and probably partly explains why even that mammoth quarterly sales figure was down almost 10% year-on-year.  No doubt there are plenty of used phones to choose from in China, but volume alone does not necessarily make it the best place to buy one.

India, the second biggest nation on the planet, is seeing its pre-owned and refurbished mobile market grow faster than anywhere else in the world – up 41% year-on-year in Q2 of 2018.  Like many other developing countries, growth in the second-hand phone market opens up the possibility of owning a smartphone to sections of the population who just cannot afford new device prices.  As an indication of this, just 5% of the Indian population are prepared to pay $400 or more for a smartphone – less than half the RRP of the latest iPhone and Samsung Galaxy models.

However, placing such a high store on value brings its own challenges to any pre-owned phone market. The further price is driven down, the less emphasis there is likely to be on quality control and the more likely it is that the devices that are traded are older models popular for their budget prices.  It also means it is hard for a well-structured retail market to evolve as margins are so low, leaving it instead to small-time players and gray market operators.

In terms of quality, it is claimed that Japan holds all the aces when it comes to the grading of pre-owned mobiles – with claims that devices that rate in the mid-to-lower C or D brackets being equivalent to what you might find as A or B rated handsets in the US and Europe.  Although this is hard to verify independently, there is an interesting point that, culturally, the Japanese tend to be careful phone owners, which therefore raises the quality of the second hand stock.

Interestingly, Japanese consumers also seem to be value-conscious phone buyers – just 13% would apparently spend more than $400 on a smartphone.  The combination of value and quality would suggest Japan stands out as a decent contender for good places to buy a used phone.  On the downside, Japanese consumers tend to keep a phone longer before trading it in – 26 months compared to an average of 21 months globally – suggesting there might be less opportunity to grab a bargain on one of the very latest models.

On sheer discrepancy between growth of the refurb market versus new, the figures from the US suggest it is doing something very right – sales values of used devices were up around the 20% year-on-year growth mark in 2018, while new handset sales contracted by a similar margin.  That’s a huge discrepancy which suggests a significant swing in consumer preferences towards pre-owned.

Much of this can be put down to the emergence of a mature retail infrastructure behind used and refurbished phone sales.  Not only are the big brands, Apple and Samsung, now in on the act, but Amazon offers a ‘certified refurbished’ service and has signed a major deal with Apple this year.  And behind all of that is a well-organised, efficient and professional wholesale structure that is capable of sourcing, grading, refurbishing and distributing a wide range of mobile models in very high volumes.

This also is the situation we have in Europe, where trade in pre-owned mobiles has in recent years emerged from the specialist shops and niche e-commerce operators and into the retail mainstream.  Perhaps, ultimately, it’s counterproductive to talk about the ‘best’ country to buy a used or refurbished mobile, because the point is that the market should suit the needs of consumers in each individual location.  Given the success story it is writing, the used mobile sector is doing just that in most places around the world.